This was my second RoMa Craft cigar ever. The Intemperance caught my eye the first time I saw it but this was my first chance to sit down and give it a try. Here are my thoughts on the staple of RoMa Craft!

Appearance & Smell
This cigar has a beautiful appearance. A lovely wrapper that looks almost elegant with such a simple band on it. Not overly veiny, pretty smooth to the touch. The slightly loose foot gives the cigar a little flare. The smell gives me some hay, nuttiness, and cream.

Smoke Preparation
I decided to use my trusty Xikar Xi1 to put a flat cut on the cap. I also used a Xikar Enigma double torch to get the cigar evenly lit.

Burn & Draw
I was quite impressed with the draw and the burn on this cigar! The draw had enough resistance to keep the cigar burning even if I set it down for a few minutes but it wasn’t too loose either. From the pictures you will be able to see the even burn and the way that this cigar held the ash was awesome.

Strength & Body
I would definitely put this in the mild to medium category for strength. This cigar brought a lot more complexity to the table than a lot of other Connecticut cigars I have smoked. It was rather complex with flavors which kept me intrigued and interested in what was coming next as I smoked it. 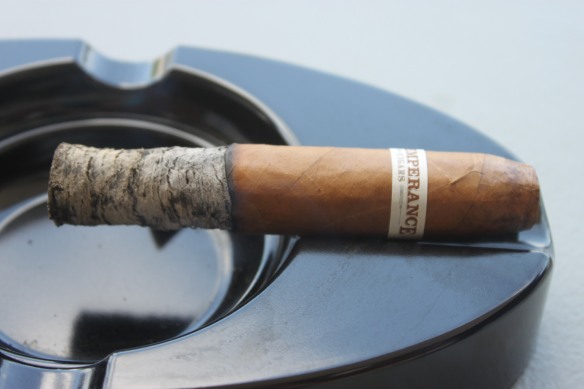 Final Thoughts
This was only the second RoMa Craft cigar I have ever smoked. This was a fantastic introduction to this company. I was very impressed with the blending and rolling of this cigar. I think for a small company RoMa Craft is making big moves! For the price ($7.59 at my local shop), I would definitely recommend grabbing this smoke. It would be perfect for hot, sunny days! 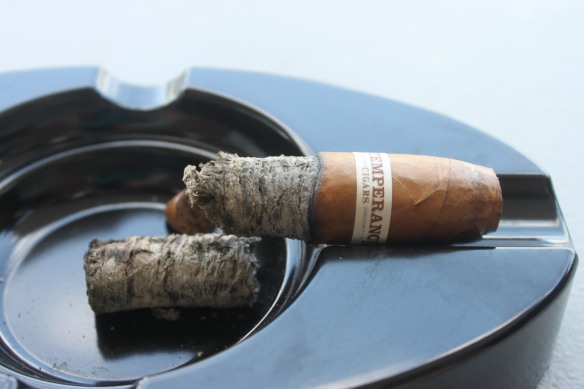 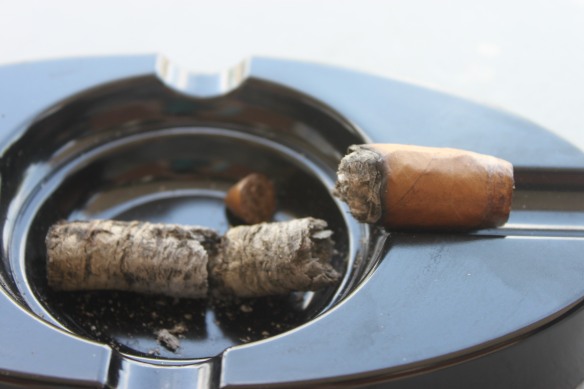