Ahhhh yes, the lure of the “hard-to-get” or “hard-to-find” cigars is always a constant for regular cigar smokers. The RoMa Craft 2018 CRAFT cigar has a similar lure, not that it is super hard to find or necessarily purchase, it’s just a smidgen bit more difficult than a regular production cigar. The reason this one is a little harder to get is because there are only 2,000 boxes made. In addition to having a limited supply, when RoMa fans find them, they buy them… ALL. Boxes, five packs, singles, they simply clean out their local sources.

I was lucky enough t get my hands on a few and here are my thoughts!

Appearance & Smell
The candela really pops at the end of this cigar and with the stripe towards the head. The candela is very eye catching in contrast to the dark maduro. In addition to the candela contrast, the cone shape that they call figurado made me do a double take. The smell was very interesting. The candela pieces really gave me hay and earthiness, the madder gave me cream, earth, and roasted nuts.

Smoke Preparation
I used my Xikar Xi1 to put a clean flat cut on the cap. Then I used a Xikar Enigma double torch to get a good even light. 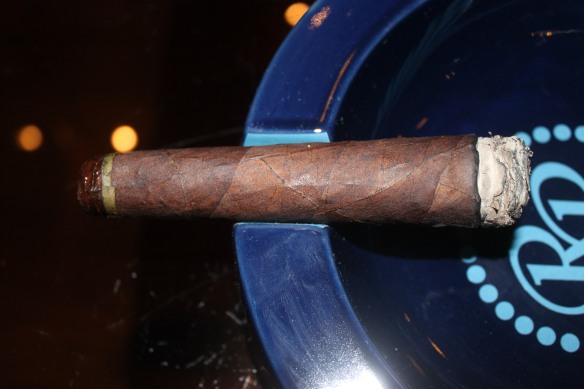 Burn & Draw
It took me a little bit longer than normal to get it lit and burning the way that I wanted to. I can say that it burned very evenly from the get-go. I was surprised by how good the draw was and how evenly it burned throughout the whole smoke. I was concerned that the unusual shape might adversely affect the smoke but it turned out to be really good. The ad held really well. As you can tell from the next few pictures, this was a very well constructed cigar.

Strength & Body
This is definitely not what you would consider a typical candela cigar! That Pennsylvanian Broadleaf Maduro really packs a punch. It’s not overwhelming but I would definitely put it in the medium-plus to full strength range. The body is really lovely. When I got to the middle of the cigar I was really enchanted by the complexity of the flavors from the different tobaccos intermingling.

Final Thoughts
Would I smoke it again? Yes and I plan to! Would I search all over the world and pay “whatever the price” to get one? No. They are really great smokes but I suggest not paying over the MSRP of $15. If you get the chance to grab one and smoke it, then I would definitely suggest it. It was worth the money and the time. Well done to RoMaCraft for accomplishing a fantastic release of CRAFT 2018! 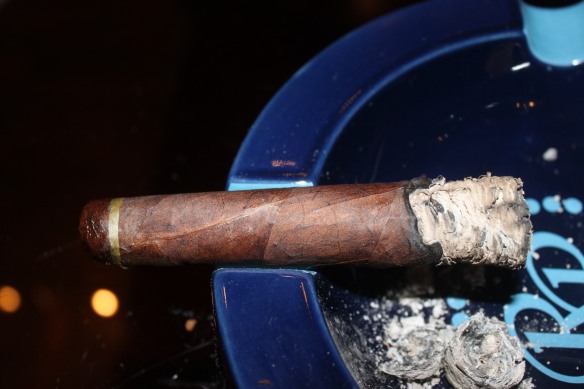 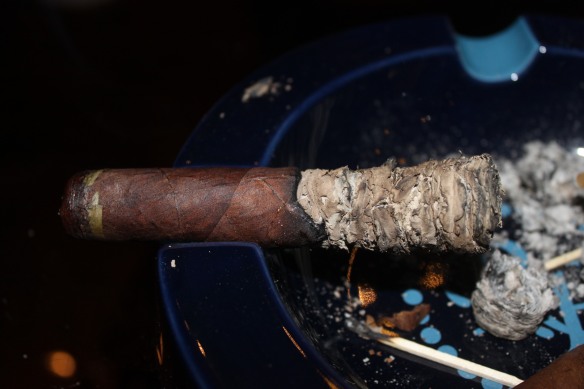