I had seen an advertisement or mention of absinthe infused cigars somewhere. The idea intrigued me and I was curious about what they would be like. I have only seen them in one local shop on the other side of town. That day I opted for the La Aurora ADN. Well, I finally got around to trying one of the Alpha Absinthe Infused cigars! Here is my take on the smoke:

Appearance & Smell:
This cigar looks very well constructed. It has a few larger veins in the wrapper but nothing to be bothered by. The smell is… different. It’s hard to pick out distinct smells when there are so many!

Smoke Preparation:
I went back to my trusty Xikar Xi1 to put a flat cut on it and my Xikar Enigma double torch to get it evenly lit.

Burn & Draw:
The draw was perfectly fine. Not too tight, not too loose, just enough resistance to keep it well lit. The burn stayed pretty even for the most part, I only had to touch it up once or twice.

Strength & Body:
I smoked this cigar, it really stayed in the medium to medium plus range. That San Andres wrapper definitely gives it some nicotine kick. As for the body… well, it’s complicated. When I first heard of this cigar, I thought it was strictly absinthe that it was infused with. Even when I smoked it I didn’t know that there were 15 different herbs used to infuse it also. So as I was smoking it and trying to pick out distinct flavors, I was having a hard time. It’s a bit overwhelming, perhaps too many herbs? 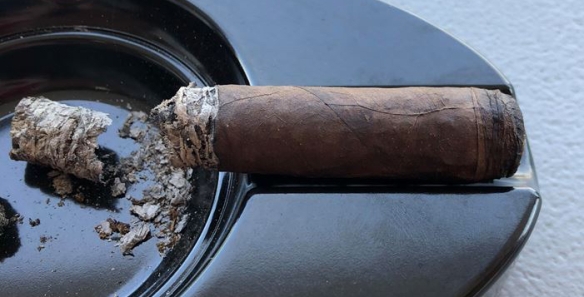 Final Thoughts:
If you want something “different”, this would be great for you! Would I try it again? Yes, I would. Would I go to a shop looking for it specifically? Probably not. Construction, draw, burn, everything was perfect but the confusion on the pallet really left me wanting a more distinct direction for the cigar. It didn’t live up to what I had hoped it would. 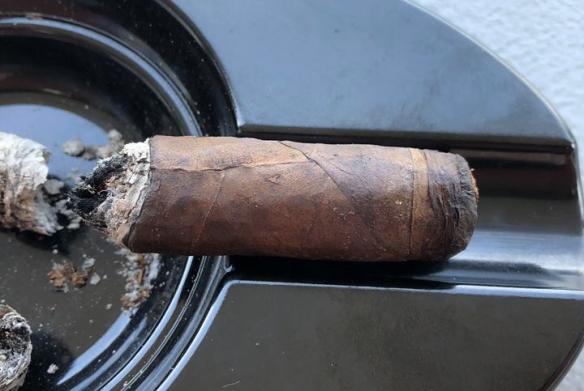